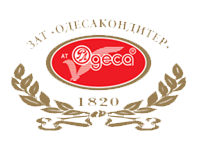 Closed Joint-Stock Company "Odessa" is one of largest food enterprises in Odessa and Ukraine. It was organized in August 1994 on basis of Odessa Confectionery Industry Association.
In 1820 small private enterprise was created in back alley of Odessa, first confectionery in south of country. In 1918, factory nationalized and became known as first state confectionery factory, where 54,800 poods of confectionery produced.
At request of workers in 1922, she was given name of Rosa Luxemburg. In pre-war years, biscuit, caramel shop was put into operation at factory, dietary and halvice factories were joined, a two-story building was built for new candy and halvich shops. Before Great Patriotic War, factory turned into one of largest confectionery enterprises in country.
In 1941, equipment of factory was dismantled and evacuated to Novosibirsk, where in 1942-43 Novosibirsk Chocolate Factory was built and put into operation. After liberation of Odessa at cost of enormous efforts of workers and engineers, factory was restored and in January 1945 began to work. In postwar years, company specializes in producing following confectionery products: caramel, dragée, glazed and unglazed sweets, iris, chocolate, marmalade, marshmallow, cookies, wafers, cakes.
More than 300 names of confectionery products are produced, of which Odessa confectioners have been recognized as one of best - candies "Odessa", "White Acacia", "Rushnichok", "Taras-Bulba", "Cherry garden", "Meteorite", "Pushkin plane tree" and others.